When I was a little girl, my hair was washed about once a week and it was a big procedure. My Mom would wash my hair in her shower or while I was leaning my head over the side of the bathtub. We would then go to her bedroom and she would take my hair and piece, by agonizing piece, she would remove the knots from my hair. Once I was washed and de-knotted (a good hour long process) I was sent to bed with wet hair. My mother would lay a towel over my pillow, which would unknowingly result in more friction and the knots would begin their redevelopment. The cycle was perpetual.

I wore my hair in two styles back in the day: in a ponytail (with or without a ballet bun), and on the rare occasion the front of my hair was pulled into what my brother's loving called my 'beanstalk". It was usually tied off with a sparkly elastic or a ribbon. This was their favorite part of my hair to pull when they wanted to taunt me. All of this pulling on my hair every day caused "wings" to develop on the side of my head, as well as very large knots in the interior sections of my hair. Cream rinse and knot removal were just a fact of life.

Throughout high school, the cycle remained the same except that I was washing my own hair (which was now curly and therefore more unruly), and my ponytail was replaced by a messy bun. I desperately wanted long, straight hair like my friends and knew there had to be a way to get it. I would wash my hair at night, sleep on it, and it would still be wet in the morning. Really, I had no idea what I was doing! 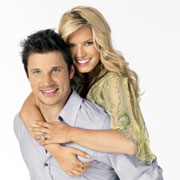 By the time I went to university, I was desperate to learn how to style my hair. This was a period in my life of true personal-care revolution. I would blowdry my hair all wild and frizzy, then use an actual iron to straighten it. Eventually I convinced my mother to buy me a straightening flat iron, but I still wasn't getting the effect that I wanted. I liked my hair big, with lots of volume, and bouncy curled ends. I wanted to be Jessica Simpson when she was on the Newlyweds. 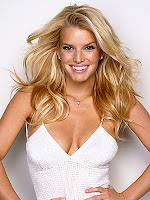 When I would get my hair highlighted I would watch the hair dressers very carefully as they blow-dried my hair. I realized that the blow-dry was the important part. Running a flat iron over frizzy hair would never leave my hair shiny and full of body. I needed to start the process right from the beginning. A round brush and a blowdryer became my new best friends.

One weekend, my friends and I went to a ski lodge for the weekend. The girls divided up hair tools so we wouldn't have ten of everything and so that we would have more personal space to pack cute lodge outfits. I was in charge of the blow-dryer. I can't recall what type I had back then, but when my friend Lindsay went to blow-dry her own hair, and came to see me appalled. She was shocked at how little power my blow-dryer actually had. She asked how long it took to blow-dry my hair and I told her it took about 45 minutes. She told me that this was  a ridiculous amount of time and urged me to buy a stronger, higher wattage blow-dryer as soon as possible. The blow-dryer I was using was drying my hair at a painfully slow rate and I had just accepted it. How did I not know I could do better? I could also say the same thing about the guy I was dating at the time.

When I get a hair tip, I take it seriously. The first thing I did upon our return to Kingston was run to the nearest Shoppers Drug Mart and buy a new Revlon dryer. I was able to reduce the amount of time it took to blow-dry my hair by about 5-8 minutes and I felt good about myself. My technique was still rusty, but I was feeling like I had solved the problem. What I didn't know was that this saga would continue well into my late twenties and that even better blow-dryers would soon enter my life.

Tune in on Friday for the finale of the Blow-dryer Diaries.
Posted by Unknown at 7:00 AM

Email ThisBlogThis!Share to TwitterShare to FacebookShare to Pinterest
Labels: Hair